Inicio/Prensa/Actualidad/ECOSAFIMED participates at the International Council for the Exploration of the Sea (ICES) conference in Copenhagen, Denmark

ECOSAFIMED participates at the International Council for the Exploration of the Sea (ICES) conference in Copenhagen, Denmark 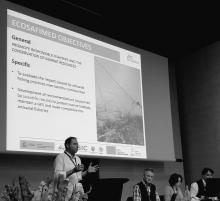 ECOSAFIMED took part in the Annual Science Conference (ASC) of the International Council for the Exploration of the Sea (ICES), held on 21-25 September 2015 in Copenhagen, Denmark.

The ICES Annual Science Conference (ASC) is a chance for members of ICES countries to come together, and for the ICES to showcase and share its scientific knowledge with the global marine community. One of its most important and unique features is the ability to cover the entire spectrum of marine science, from data monitoring provision to scientific expertise and advice. The ASC reflected this range over the 19 different themed  sessions that took place at the conference.

One of the new themes for this year was Small-Scale Fisheries, in a session named: “Small-scale fisheries under data-limited scenarios”. This topic addressed some of the key ecological, socio-economic and institutional dimensions of the problems related to data-limited SSFs, in terms of monitoring, assessment, management and governance.
Small-scale fisheries area major contribution to local economies and provide employment in coastal communities where opportunities are scarce.

These fisheries use a diversity of gears, although they usually exclude trawling and other intensive techniques. Even under these circumstances, interactions between SSFs and the ecosystem need to be evaluated. Indeed, effective fisheries management and governance is needed to ensure that fully exploited stocks remain close to their maximum sustainable yield. However, this yield depends on the environmental status of the benthic communities. Within this context, the ECOSAFIMED project encompasses this very issue; its objective is to evaluate the impact that artisanal fishing has on the benthic communities in the Mediterranean, in order to promote sustainable artisanal fishing practices and preserve these benthic habitats and related economic activities.

David Díaz Viñolas, the scientific coordinator of ECOSAFIMED, presented the project on 24 September in the Sankt Hans Torv hall at the DGI Byen Hotel in Copenhagen.
Mr Diaz introduced the objectives of the project, the methodologies used and the preliminary results obtained.

He explained how a set of parameters was analysed for a number of key species to evaluate the state of conservation of the benthic communities. He also highlighted how ROV video transects between 60-120m depth were crucial to evaluating parameters in the six study areas in Spain, Tunisia and Italy.

Project results include the creation of management guidelines for responsible fishing, which were produced with the involvement of fishermen themselves.
As scientific coordinator, Mr Díaz took the opportunity to explain the ECOSAFIMED poster titled “New practices to improve the conservation status of the benthic communities in small-scale fisheries”.

The poster illustrates different experiments using non-vertebrate by-catch species captured by the common selected métier for the three countries (spiny lobster trammel net). The on-board survival time of the key structural species was calculated, and their health status analysed when returned to sea. The results show that the impact on the survival of structural species could be minimised if returned in the same location less than 30 minutes after capture. During the conference the project results, although preliminary, were well received by an audience of 90 people. Some researchers are also considering implementing ECOSAFIMED experimental methodology in their own area and research institutions, and to include a larger list of target species.

With a budget of €1.9 million, the ECOSAFIMED project promotes responsible fishing practices and communication between researchers and the artisanal fishing sector, with the aim of helping to conserve marine ecosystems. The ultimate objective of the project is to produce a series of recommendations for managing the artisanal fisheries studied in the Mediterranean, to ensure their compatibility with good conservation practices for marine habitats. 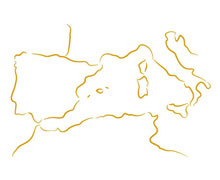